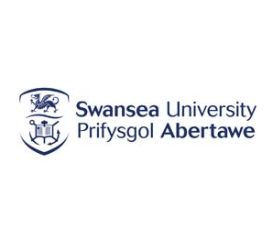 Swansea University is a research-led university that has been making a difference since 1920. The University community thrives on exploration and discovery, and offers the right balance of excellent teaching and research, matched by an enviable quality of life.

The University has enjoyed a period of tremendous growth, and we have achieved our ambition to be a top thirty research University, soaring up the 2014 Research Excellence Framework league table to 26th in the UK from 52nd in 2008.Swansea’s multicultural dual-campus community provides a global perspective and opportunities to gain skills that last a lifetime. Deliver an outstanding student experience, with research-led and practice-driven teaching of the highest quality that produces global graduates educated and equipped for distinguished personal and professional achievement;

Studying at Swansea University you’ll become part of a world-class research institution with grand ambitions. You’ll receive an outstanding learning and teaching experience with a distinct emphasis on employability. But you’ll also fall in love with the city. A stone’s throw from the city centre, Bay Campus is on the beach, and Singleton Park Campus is surrounded by mature parkland and botanical gardens. Both are on the edge of the beautiful Gower Peninsula.

“Swansea University review From Nursing students Alisha and Anna Joined in March 2016 intake through us. First Batch of International students for Nursing course”

Swansea University is on a strong upward trajectory which is attracting significant investment to provide the most up-to-date facilities. In the Research Excellence Framework exercise (REF) 2014, Swansea was identified as one of the top 30 research universities in the UK. In the recent Times and Sunday Times Good University Guide, Swansea University was named the top university in Wales.

Swansea University is the top university in Wales in The Times and The Sunday Times Good University Guide 2017 league table – and has also won the inaugural Welsh University of the Year title.

The University’s strength in terms of graduate prospects is a major factor in this year’s ranking success, where Swansea is well inside the UK top 30, with the work of the Employability Academy highlighted, which provides paid internships and co-ordinates a variety of career support activities for students.

Research is at the core of Swansea University’s vision. We aim to foster research excellence across a broad range of subjects in arts and humanities, engineering, science and technology, medicine and social sciences, with internationally leading research staff informing all our teaching.

The Research Excellence Framework (REF) 2014, the system for assessing the quality of research in UK higher education institutions, showed that Swansea University achieved its ambition to be a top 30 research university, soaring up the league table to 26th in the UK from 52nd position in 2008.

Swansea University has been identified as a 5-star University (the highest achievable), in 2016 the QS World University Rankings revealed that Swansea has improved its position among the world’s top 900 universities with a new global ranking of 390th.

Our excellent teaching QS 5Star teaching is underpinned by the ground breaking research taking place across our academic colleges. All of our courses benefit from being at the cutting-edge of new developments and are closely aligned with industry, ensuring that our graduates are well equipped for their future careers.

Swansea University is top in Wales and 14th in the UK when it comes to graduates getting professional-level jobs. The independent report, entitled “What do graduates do?” found that 81.4% of Swansea University Graduates (2013/14) were in professional level jobs within 6 months of graduating. The report presents findings from a survey of 267,000 UK graduates. It examines first-degree graduate destinations six months after graduation.

Swansea was the first campus university in the UK, and its friendly, close-knit appeal encourages a welcoming and supportive community.

The Law Library is the University’s original library, and the second oldest building on campus after Singleton Abbey. It was designed by Vernon Owen Rees, and was opened by the Duke of Kent in 1937. It is now a Grade II listed building.

Fulton House, named after the Principal J S Fulton, was originally named College House. It was designed by Percy Thomas and opened in 1965, and is a Grade II listed building. It now houses a range of student services, restaurants, and shops.

The Wallace Building is the University’s other Grade II listed building. Also designed by Percy Thomas, it has an impressive marble porch and main hall, and is notable for its carved reliefs along the central block. It was completed in 1961.

Swansea University’s Bay Campus is situated on a 65 acre former BP Transit site in Neath Port Talbot on the eastern approach into Swansea and has the distinction of being one of the few global universities with direct access onto a beach and its own seafront promenade. The Campus provides academic, student accommodation and research space, the latter being in a series of agreements with international and national companies.

Whilst development work will continue up until 2020, the majority of the works has been completed during this first phase of construction and was opened in September 2015. For more information visit our Campus development microsite.
Bay Campus Map